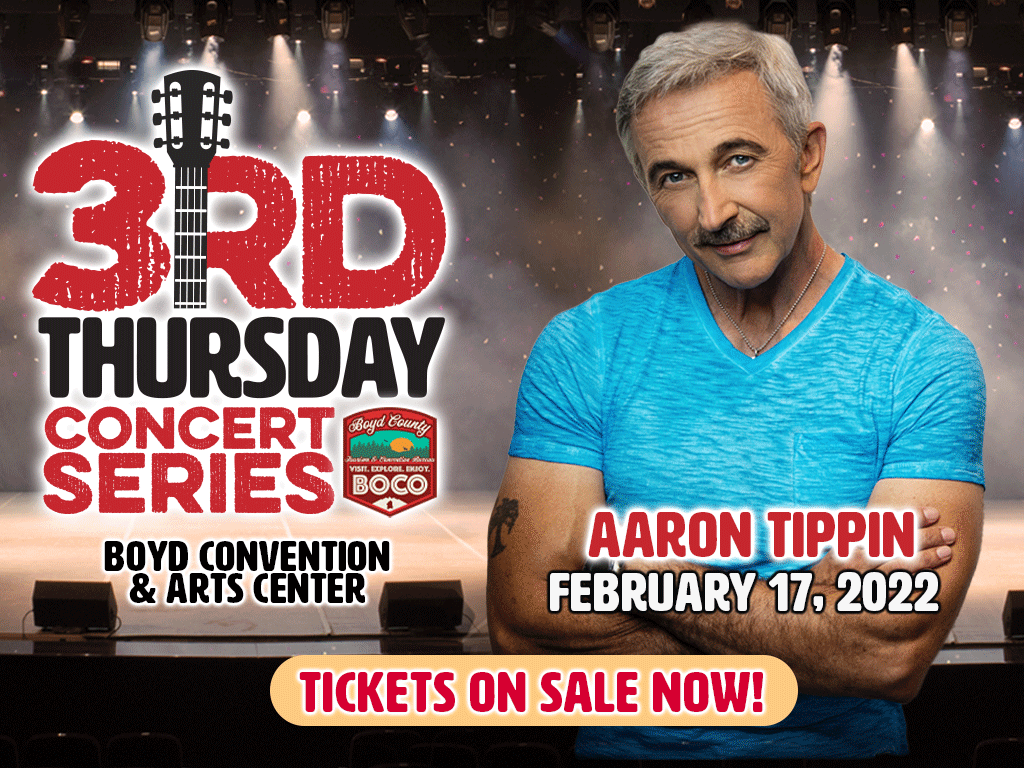 Tippin has crusaded for the working man and woman since he ripped country music wide open with his uncompromising single “You’ve Got To Stand For Something.” His voice continued to ring loud and clear with such hits as “I Wouldn’t Have It Any Other Way”, “There Ain’t Nothin’ Wrong With The Radio”, That’s As Close As I’ll Get To Loving You,” “My Blue Angel” and “Kiss This”. Five of his albums are certified “Gold” and a sixth CD-Read Between The Lines-stands at the “Platinum” level. Tippin’s honest lyrics and direct, impassioned vocals have built a large and devoted audience.

Music Begins at 7:30 with Jason Mays